Why you should visit Abt 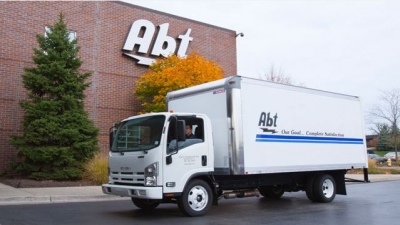 Abt was founded in 1936 when Jewel Abt gave her husband David $800 to start a business. Abt began as a small store with only three...read more

Abt was founded in 1936 when Jewel Abt gave her husband David $800 to start a business. Abt began as a small store with only three employees in the Logan Square neighborhood of Chicago. Abt has since grown to become one of the largest independent single-store appliance and electronics retailers in the country, situated on 68 acres in Glenview, IL, and employing a staff of more than 1,500 trained experts.

Today, Abt carries tens of thousands of products in a variety of categories including appliances/custom kitchens, gourmet cooking, home comfort (HVAC, power generators and sump pumps), TV and A/V, computers, furniture, mattresses, watches, fitness, and more - many of which are introduced exclusively at Abt before gaining widespread distribution.

Despite being an independent retailer among an industry of big box stores, Abt has continued to build a loyal customer base and has impressively grown its business every year since its inception. Abt credits its success to staying true to the family values and dedication to customer service on which it was founded. Abt remains a family run business today as third- and fourth-generation family members work at the store.

Abt has gained a nationwide presence through its e-commerce site Abt.com, which was launched in 1997 as one of a handful of authorized online retailers for brands such as Sony, Panasonic, Toshiba, Bose and Onkyo. Similar to the in-store shopping experience, Abt.com provides consumers with unparalleled customer service, shopping ease and quality product offerings. Shoppers enjoy free shipping on thousands of products on Abt.com, which ships to all 50 states.

The store also features the Inspiration Studio, which adds an additional 10,000 square feet located in the loft area of the Abt's famous atrium and features premier kitchen appliances from a dozen luxury manufacturers including Bosch, Dacor, Gaggenau, Jenn-Air, La Cornue, KitchenAid, Miele, Monogram, Thermador, Samsung, SubZero/Wolf, and Viking. Unveiled in late 2016, the Inspiration Studio is the premier destination for people who want to design their own luxury kitchen.

For more than 84 years, Abt has demonstrated excellence in the retail industry by distinguishing itself with a commitment to delivering complete customer satisfaction, a highly trained and passionate staff, and dedication to fair pricing. The company prides itself in its constant innovation by bringing new offerings, products and experiences to its customers on a regular basis.

Bed In A Box

Review This Product
More Information
/jump.php?id=131009
Subscribe Save for later

Review This Product
More Information
/jump.php?id=131050
Subscribe Save for later

Review This Product
More Information
/jump.php?id=109179
Subscribe Save for later